Every day more of Ava’s* hair was at the bottom of the shower than could possibly be normal. Her abnormally high rate of hair fall over the past two years had led to her having limp and lifeless hair. It was especially hard to look at how wide and sparsely covered her part line had become and her mental health was beginning to be affected by the changes in her appearance. She had tried using shampoos and conditioners that purported themselves as the solution to female hair loss, but she had seen no improvement in her hair or slowing of the worrying loss.

A friend who worked for Ashley and Martin saw how the changes in her hair were affecting her self-esteem and was concerned for her. He invited her to come in to his office and have a chat about how he could help her take control of the situation.

Twenty-eight year old Ava confided that she was under a lot of stress at work and was suffering from polycystic ovary syndrome. This hormonal disorder was known to cause hair loss of the scalp along with other heartbreaking problems. In addition to her stress and medical condition, Ava also had a family history of hair loss from her mother that may be impacting her.

Knowing that women with PCOS had received enormous benefit from regular low-level laser therapy used in conjunction with the RealGROWTH® medical hair loss treatment for women, the consultant discussed this option with Ava and set her up with an appointment with the clinic doctor to discuss it further.

After just four months, Ava left a five star review online she was so happy with the progress of her treatment. And six months after she first sat down with her friend in his office, Ava was thrilled to find her hair was now no longer showing the effects of her PCOS and elevated stress levels. An avid traveller with an active social life, Ava’s treatment program had fit in well with her lifestyle as she was able to complete it quickly whenever and wherever she wanted to. Her hair was thicker and shinier than she had seen it in years. Ava’s consultant was overjoyed to see a spring in his friend’s step and her confidence soar. 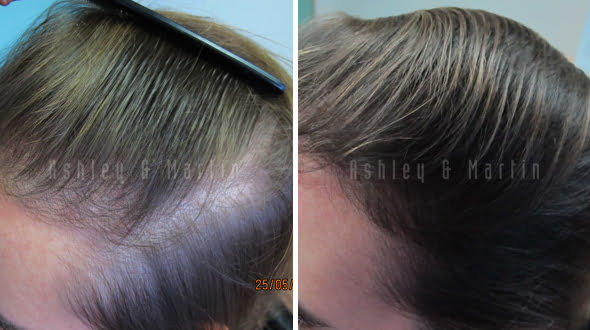